On Malci’s DO YOU KNOW YOURSELF, we indulge ourselves in the extremely self-aware and creative universe of Malci. The 19 track, well-thought-out project spans 41 minutes, and stays fresh on every listen. Malci carries listeners through the whole project with his genuine, charismatic delivery that is truly refreshing. His production is truly unique and addicting throughout, featuring beautifully chopped samples and crazy intricacies that aren’t caught right away, keeping the album interesting. The beats perfectly mirror the subject matter of each track and make for a cohesive listen overall, while the short instrumentals, guiding one track to the next, keep for a very engaging listen.

Throughout the course of the project, Malci touches on a range of different topics including his childhood, religion, the creation of this album, being called a weirdo, and much more. Reflecting this to-the-point style, the hooks on here are perfect, as the rising talent never gets ahead of himself, keeping the music very catchy while clearly conveying the central idea of the tracks — an arsenal of skills all of which come together to show off his incredible songwriting ability and versatility. That said, I can’t recommend this album enough. Malci really did his thing to make it a special, deeply personal project, and in such a way, it goes without saying that this is just the right album for any fan of solid hip-hop.

I wasn’t familiar with Malci when I initially pressed play on DO YOU KNOW YOURSELF, but after quickly realizing the true range of his talents, I decided that this is just the kind of project that should be paired with an interview featuring the man himself. Check out Malci and I’s conversation all about DO YOU KNOW YOURSELF and more down below.

Starting things off, where are you from?

I’ve been pretty nomadic my whole life so I can’t really say anywhere in particular. I’ve lived in Indianapolis as well as various towns and suburbs in Illinois, but I think the longest I’ve been anywhere has been in Chicago.

What were you like as a kid when you were growing up?

Pretty much the same way I am now. Laidback, quiet, and goofy. I used to make a lot more dumb decisions, but you either learn to change that type of behavior or it catches up with you. I spent a lot more time hooping than I did rapping or making beats, but I always had a knack for wordplay and looping samples, so I came back to that once I started going to college.

Who were some of your favorite artists growing up?

DOOM, J Dilla & Ras Kass were always heavy in rotation for me growing up. Outkast & El-P too.

I saw something on your Bandcamp describing yourself as “somewhere between Quasimoto & Shabazz Palaces, Guru (of Gangstarr) & Death Grips”, which sounds pretty accurate to me. Who are your biggest musical influences today?

Each album it tends to vary since I’m always trying to push myself into trying something different. I’ve been real inspired by the legends Burial and Cannibal Ox lately. They dropped these dope ass otherworldly albums that still sound futuristic even compared to contemporary projects. It’s always a goal to put out something that sounds like it came from another universe.

What is the significance of David Foster Wallace?

I had read some essays by DFW when I was writing DO YOU KNOW YOURSELF. He went down some philosophical rabbit holes about existence and afterlife that really resonated with my own beliefs and opinions. Whenever I talked to my homies that liked his writing, they kept referencing his book “Infinite Jest”. I thought it was funny how ironic it would be to end up in another plane of existence and see DFW, and I’m like, “Yo I’m always plugging you….but I ain’t read that shit”.

Would you say that most people don’t really know themselves?

That’s straight facts. Nobody knows themselves, and if you do, it’s only for your current stimuli which is guaranteed to change. I don’t care what bravado people put on, a disaster or a trauma will shake up your sense of self and your beliefs. I feel like that’s just part of the human condition– you’re always growing and trying find a grasp on something

What are some of your favorite albums? 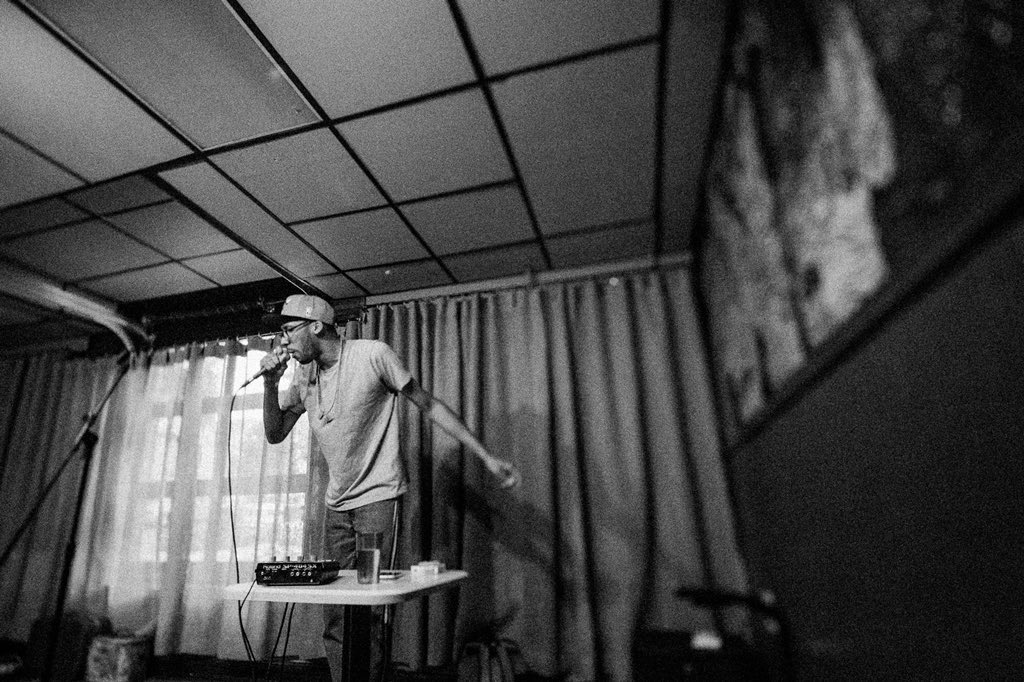 The first song on the album after the intro, “Gospel”, talks about how you don’t go to church anymore, and you just try to do what seems like the right thing and hope you end up ok. When did you stop going to church and what made you do it?

Man I stopped that when I was like 12. I thought about religion and spirituality a lot when my parents would bring me to church, and I started piecing stuff together like how come sex and murder were both punishable by damnation, but sex was chill if you put a ring on it first? It seemed so wishy-washy to me. Around that time, all those Catholic priests got caught for pedophilia and it really just took all of the innocence and belief out of religion in general for me. These dudes were in stark contradiction of the bible, but that was supposed to be absolved because they were “holy”? I couldn’t rock with that kind of thinking. As I got older, I understood how money corrupted nearly every religion and with that much doubt in me, I could never take church seriously again.

Yeah bruh I did all of the production by myself. I don’t know what my exact process was but I just was always sampling. I’d go to the record store anytime I had some extra cash, dig through the crates and I wouldn’t go to bed until I listened through 3 or 4 records. I’m a fan of the music first, so I was just buying vinyls by artists I already was vibing with and getting lucky with some dollar bin finds.

There are two interludes/instrumentals on the album, “enteringtherecordstore” and “leavingtherecordstore” — inside this record store is the song “Everyday”, where you talk about every day being the same, and not having anything to show for it. What is the significance of the record store?

How long was the creative process for “Do You Know Yourself”? Is it something you made in a short amount of time all at once or did you work on it in smaller sections over a longer period of time?

It was about 5-6 months of work. I had wrote this album out like 3-4 times, but I kept changing beats or fixing verses. I ended up just rewriting the whole thing a night or two before I went in to record it with my engineer and sticking with that as the final draft.

Lastly, what’s next for Malci?

I’ve got some new projects coming. Definitely one before 2019, maybe a couple more in the early spring.

Thank you to Malci for the wonderful opportunity and taking the time to talk to us. Considering his talent and breath-of-fresh-air artistry, we can’t wait to see what he does next.