Just a few weeks ago, over a direct message on Twitter, I was sent a song called “Thrasher” from Corey Dash, Jefe Replay’s DJ and cousin of an up and coming artist by the name of Juxi. Upon first listen, I was hooked in, rallying behind the unforgettable melodies and clever lyricism that made for such a potential hit. There was no doubt in my mind that the single would do numbers and sure enough, it’s racked up thousands of plays, helping to introduce a new talent to the city. One of Dorchester’s own, Fields Corner specifically, Juxi is one of the most exciting new artists in Boston right now, and with his mind focused on spreading positive energy to people of all backgrounds, I’m excited to watch the rising artist grow his fan base and take advantage of his potential. Below is an interview I was fortunate enough to do with Juxi, so check it out and make sure you don’t sleep on what could be the next big thing out of Boston.

Have you been there your whole life?

How does it feel watching what Cousin Stizz is doing right now, being that he’s from Fields Corner, too?

It feels great actually, just for the simple fact that Stizz is from the same place and that kinda lights a fire for me – shout out to the big homie, doing big things.

What has Dorchester taught you in life and how does it directly affect the music you make?

I feel that being from Dorchester made me who I am today, even to the crazy things you see out here, but you learn to adapt and overcome. I feel like as far as the music goes, it definitely affects the concepts I talk about even if it’s about girls ’cause I went through all these situations here in Dorchester.

Where did your love for music come from?

Definitely my surroundings and my upbringing. Coming from a Jamaican family, music plays a major part in the culture and I guess you can say the love has always been there… I was born into it.

You also model, right? How did that come about?

Haha yes, I do model… to be honest, I went along with with a close friend to her shoot and the photographer seen me sitting there and was like do you wanna model? I said yeah and I been getting booked ever since.

Who were your heroes growing up – the people that made you the person you are and influenced you the most?

First and foremost my dad. The dude’s 51 and still got more sauce than ever… but most importantly embraced positive factors in my personality. Second has to be all of my siblings, I’m definitely a product of them… they were the first friends I ever made. And third my grandmothers, they been there through everything and always kept me grounded.

One thing about your live performance and music together is how apparent your personality and image are in both. How would you describe your style to someone who hasn’t heard your music or seen you perform?

Good vibes, positive energy. My music is uplifting and it’s for everyone. I like to bring people together and create a positive force field that can’t be broken.

You recently tweeted about wanting to make your first project perfect – have you started working on it yet?

Definitely, that’s something I’ve been working on with the big bro Flee [Corey Dash]. I want everyone to be able to connect to it; I don’t have a target audience, which I think is going to help me even more in the long run.

And Flee is your cousin, right? When did you two start working on music together and how has he helped you out along the way?

Yeah he’s my older cousin, and I remember I recorded a song with Polo Summers last summer and I sent it to him and he said he saw something in the way that I flowed. He took me under his wing and been with me through the whole process. It’s definitely made us closer and its dope ’cause he’s family.

What are your goals for your music?

My goal is to keep creating good, positive music and reach people from all over and put on for the most slept on city – I think it’s fair to say it’s definitely our turn in the spotlight.

Shoutout to Jefe Replay, Flee, Polo Summers, Dellis, Dwats, Deeg, and each and every person that supports me as a movement and loves my music. 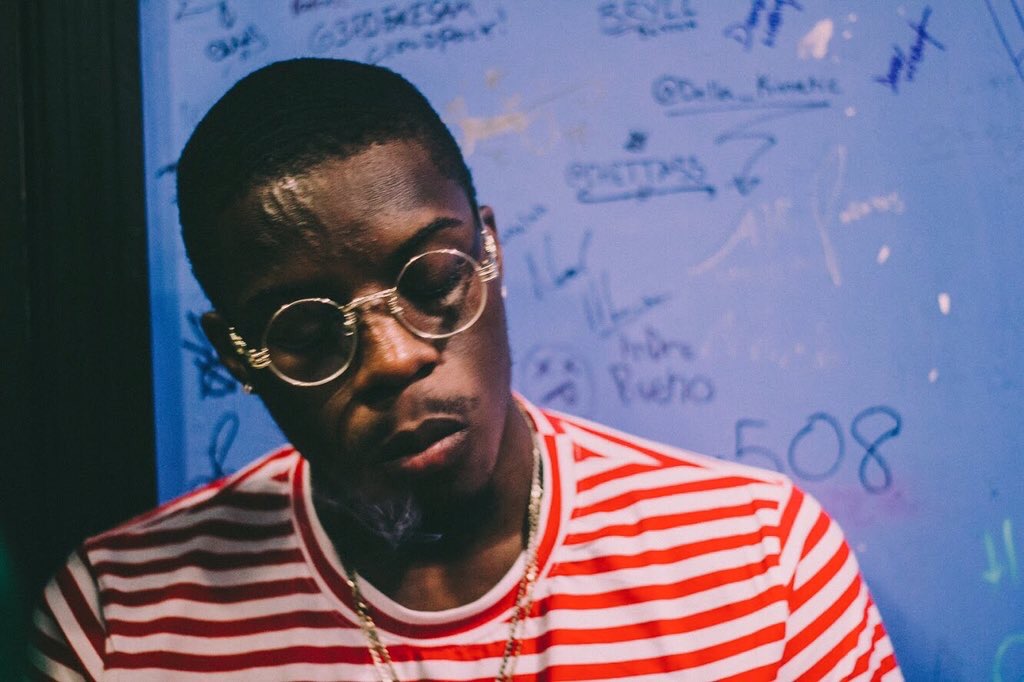 Just a week or two after hearing “Thrasher” I found myself at the Middle East meeting Juxi, only to be greeted with the same infectious positive energy that comes across in his music. With only three singles out, the Dorchester artist is early in his career, but with the connections and talent he possesses, I won’t be surprised when we watch him ride to the top. I kept this interview brief because, in all honesty, the music is speaking for itself right now. Thank you again to Juxi and his team for the interview to help let people know what’s going on, and keep doing big things. Follow Juxi on social media below:

One thought on “An Interview With Juxi”

TONIGHT AT 5PM IN BROCKTON!!!
Tomorrow @ 6:30PM ‼️
For Boston, By Boston. 🎓 A panel by @gradmusicboston <> Those Talks, next Thursday at 8PM EST, 5PM PST. Panelists include @TimLarew, @malcolmjgray, and @jeremykarelis. RSVP link in bio!
Sharing the first component of his discography is Brockton’s @benjy.ali with the release of ‘Grace’ | listen to the 3-song offering at the link in our bio!
“While many listeners may initially be drawn towards the sound of his music alone, it’s what @caliphgk speaks on, and stands for, that has helped him amass a deep-rooted following.” | listen to “Green Faces” at the link in our bio!
@austinfair’s latest album is “a lyrically dense, 29-minute reminder of why his name holds weight across the entirety of Massachusetts” | read @frankiewahlberg’s thoughts on ‘PIONEER’ at the link in our bio!