Originally hailing from Dorchester, Superior is a rapper making waves throughout the Boston scene and beyond right now with his aggressive and honest verses, often times being the center of energy on any given song. He just dropped his debut project Live Super, and after being greeted with thousands of plays and new fans all over the country, Superior is ready to move forward and take on everybody in his way. Marked by his determination and consistent musical/visual output, I don’t see the Dorchester native slowing down anytime soon, especially with cosigns from bigger names including DJ Nick Marino of the A$AP Mob and Marino Gang. Below is an interview I was fortunate enough to do with him:

Have you always lived in Dorchester?

Nah, I’ve really lived everywhere, in and out of the hood, you know – but I’m originally from Dorchester. I moved out to Stoughton with my mom when I was in elementary school.

How did moving back and forth between places as a kid affect you as a person?

Honestly, when we was moving to the burbs I thought it was gonna be like the fresh prince, but we showed up and I got to see working class America. That was a culture shock for me at first, but it taught me how to move. I could be out there all week and then be in Mattapan at my grandmother’s or Roxbury with my aunt and cousins.

I experienced so much as a kid in terms of diversity in who I met and that helped me in the long run. It’s made me who I am, taught me to respect people from all walks of life.

What music did you grow up on?

I grew up on Jay, 50, & Snoop from my pops and all the neo-soul the world got to offer from my mom.

As a kid, we’re there any figures in your life specifically that helped to spark your interest in music?

Honestly my older cousin Sean Marshall. He’s a producer from Roxbury but he’s been out in LA working for years. My older brother was watching him work, and that made us wanna go do that, but I was playing ball; I didn’t give a fuck about my music forreal until I was like 18.

How long did you play basketball for?

I was playing football and basketball all through high school but I blew my knee out twice… I was pretty nice like on my way to college and shit but that ain’t work out.

Was it around the same time as the injuries that you decided to take rap seriously start rapping?

Yeah lowkey, cause I was rapping before and the shit was always there but I really decided to take shit serious like right before I moved to Atlanta. I tried out school down there but that was slow, I was really just out there with my brother and my cousin tryna get it with this music shit.

What made you come back up to the Boston area from Atlanta?

I honestly was just going through some shit. Being young with a chip on my shoulder I would end up in certain situations. Shit is kinda wild down there and I felt like I had to get home and focus up. My older brother Brandon James was down there for two years before I even got there.

What role has Brandon played in your career so far?

He’s honestly my biggest supporter. That’s my real blood brother, same parents and everything, so when he told me he thought I could do this shit I took him seriously. He helps me though, more so with what not to do because he’s gone through certain shit already.

Speaking of your team, you seem to have a crew of people with all different talents from video production to clothes and more. Do you see yourself venturing into different mediums in the future like making a clothing line, a short film, etc?

We’re working on all that right now… visually tryna switch shit up and give a new perspective. With the fashion, I don’t thnk I would be interested in starting my own line, but I’m very close with a few people who are really doing their thing.

How did you link up with DJ Nick from A$AP Mob?

Honestly through my mans Dom. He used to live in Baltimore at one point and that’s where they met. From there, he made the introduction and Nick was rocking with us. He’s been a huge supporter, whether it’s been hosting a single or simply just putting his Marino Gang/A$AP Mob peoples onto our music – he always looks out.

Do you have any upcoming collabs that fans can look forward to?

A few people have reached out, I don’t wanna say who yet but I got some shit for the people soon. That’s referring to people outside the camp, other than that I’m working with my brothers, Brandon James, the rest of Feel Good Family, and also my guy RugbyLoSport – he’s coming with some fire.

What’s your process for writing songs?

For someone who hasn’t heard your music, how would you describe what “Live Super” means?

To me to Live Super is to live life to the fullest; live with a purpose.

At the moment, what do you feel your purpose is?

I’m still tryna figure that out but I know I just want people like me to feel like they really got options cause you do. You can be whatever the fuck you want and it’s about getting that point across and making it a reality for these kids.

That’s real. What are your favorite tracks right now from Live Super?

What are your aspirations for the future?

I plan on dropping more music, taking that and using it to build a platform for the homies and anybody tryna push positivity.

Are there any shoutouts you want to give?

After interviewing Superior, I was able to learn quite a bit about his come-up and how the different aspects of his life led to where he is today. The Dorchester artist is surely a tunnel-visioned thinker when it comes to success, and his work ethic still stands out to me the most. He has a clear vision for the future and with such a solid team of people around him, I don’t see that vision getting changed or forgotten at all. Don’t sleep on Superior and the Feel Good Family – they aren’t playing games. 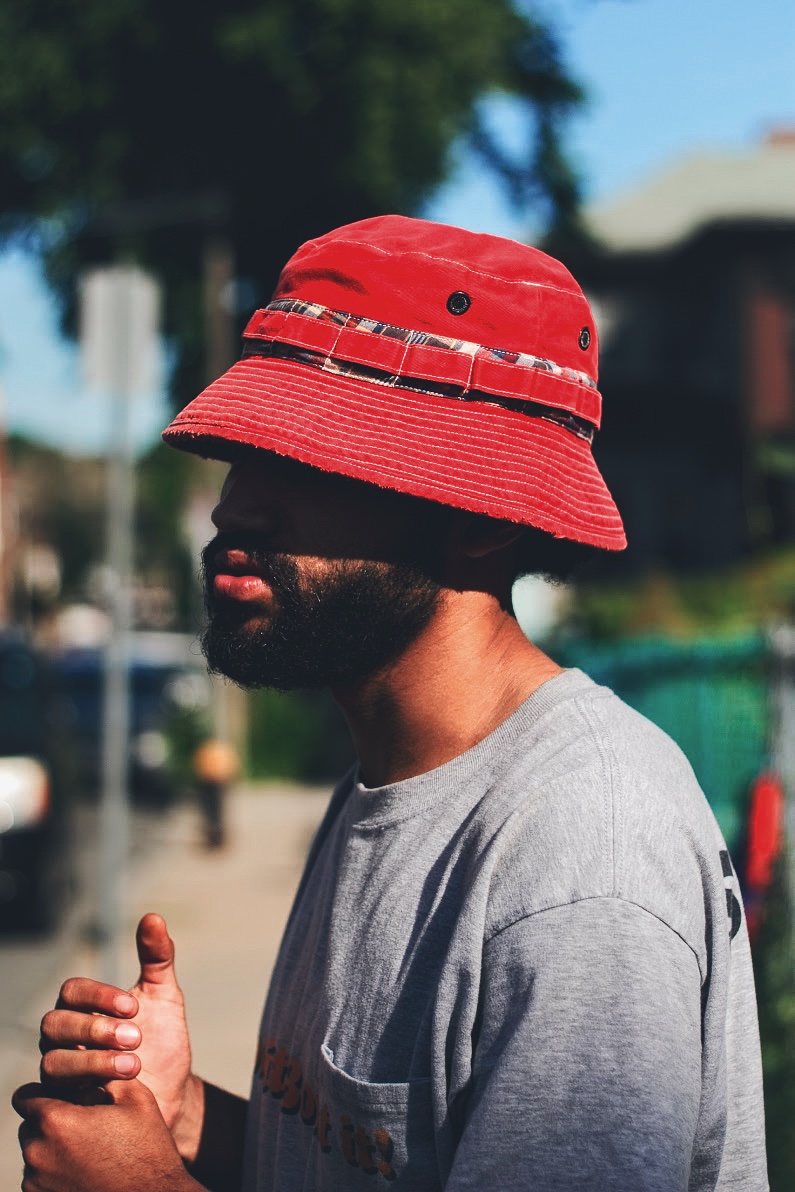 TONIGHT AT 5PM IN BROCKTON!!!
Tomorrow @ 6:30PM ‼️
For Boston, By Boston. 🎓 A panel by @gradmusicboston <> Those Talks, next Thursday at 8PM EST, 5PM PST. Panelists include @TimLarew, @malcolmjgray, and @jeremykarelis. RSVP link in bio!
Sharing the first component of his discography is Brockton’s @benjy.ali with the release of ‘Grace’ | listen to the 3-song offering at the link in our bio!
“While many listeners may initially be drawn towards the sound of his music alone, it’s what @caliphgk speaks on, and stands for, that has helped him amass a deep-rooted following.” | listen to “Green Faces” at the link in our bio!
@austinfair’s latest album is “a lyrically dense, 29-minute reminder of why his name holds weight across the entirety of Massachusetts” | read @frankiewahlberg’s thoughts on ‘PIONEER’ at the link in our bio!