For some time now it has been rumored that Playboi Carti jumped on Cousin Stizz’s breakout hit “Shoutout”, and it the remix finally leaked on SoundCloud (wrongfully titled “Playboi Carti – ‘Shoutout’ ft. Cousin Stizz”). Carti’s verse is old, but it’s still interesting to hear one of the hottest rappers out right now jump on the track. Listen to it below:

Note: OBeatz, the producer of “Shoutout”, tweeted this earlier. This may not be the official remix, but it will do for now: 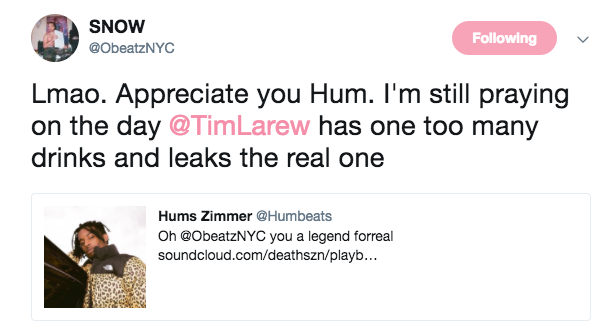